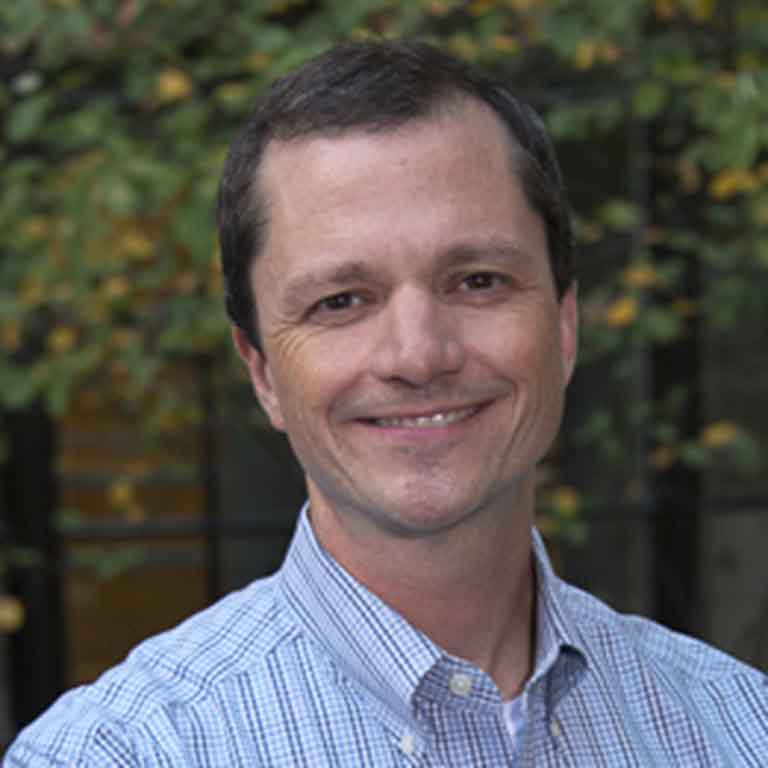 Andrew Recinos is the Chair of the Distinguished Alumni Council and the President and CEO of Tessitura Network, a nonprofit devoted to advancing the business of arts and culture through technology, services, and community. He has been with the organization since 2002, soon after it was founded.

Prior to joining Tessitura, Andrew was the founding Managing Director of Products at Jacobson Consulting Applications, an independent technology company devoted to the nonprofit sector. He also previously served in a variety of roles in fundraising, membership, and technology at several nonprofits, most notably Carnegie Hall in New York City.

A trained musician, Andrew is a pianist, trumpet player, and composer. He served as the Resident Composer of the Godlight Theatre Company in New York City for a decade and was part of the artistic team awarded a Drama Desk Award in 2010.

Andrew has a master's degree in arts administration and a bachelor’s of music in composition from Indiana University. In addition to serving as chair of the Distinguished Alumni Council, he also serves as a member of the Center for Cultural Affairs advisory board and regular guest lecturer.